Serve and highlight your beauty!

Water-based varnishes for children. Is it possible to make them completely harmless? 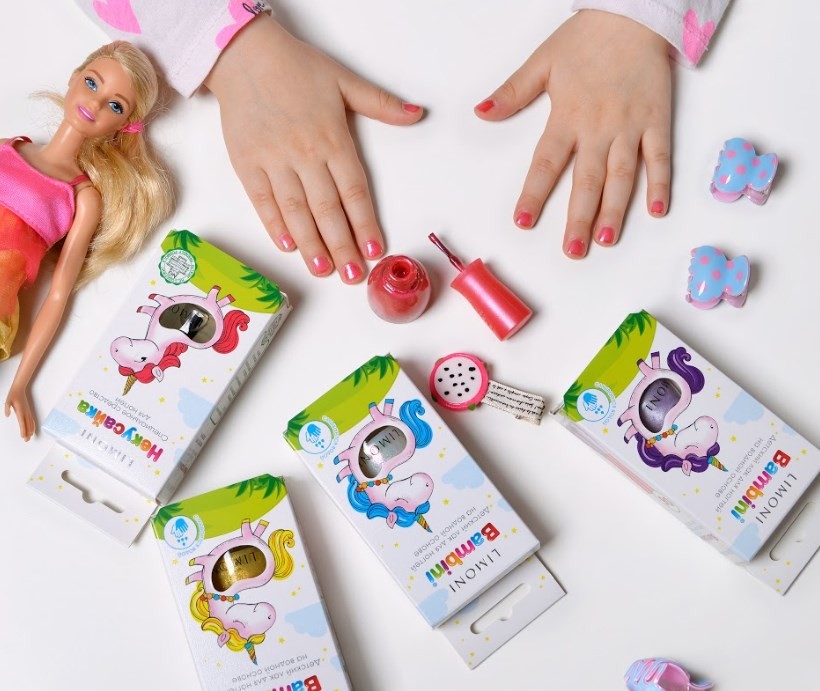 The idea of creating an exclusively children's line of products for the brand of "adult" cosmetics is by no means new in the world of the beauty industry. It is no secret that children make up a significant share of end consumers and the manufacturer is interested in presenting a product in demand for them.

LIMONI has not been developing children's varnishes for a long time, but a large number of requests from brand fans with a request to release high-quality children's products prompted us to pay attention to the younger generation. The team set two tasks - to develop something truly unusual, not represented in the wide market of children's cosmetics, and to preserve the main values of LIMONI products.

It is easy to define loud and beautiful goals for yourself, but it is quite different to put them into practice. Imagine: with the conditional division of the cosmetics market into care and decorative, children's lines, for the most part, refer to cares. Why? It is not so easy to give an unambiguous answer to this question. Initially, we acted on the assumption that there was no demand for sophisticated decorative cosmetics for children and low interest in the product on their part. Spoiler alert: This assumption was not confirmed later.

Another opinion is the negative attitude of parents to the influence of harmful substances contained in cosmetics on the child's body. And that's where we got the inspiration for the working concept.

The Forbidden fruit is sweet. If a girl sees that her mother puts on makeup or uses makeup and pays great attention to this, as a result, she becomes interested, which is intensified by the fact that her mother does not allow her to take her cute bottles and boxes under threat of punishment. The desire to “paint like a mother” formed the basis of a new product LIMONI - a line of decorative cosmetics that will allow little girls to repeat full-fledged makeup after their mother and not dirty everything around, and also to minimize the possible risk of allergies or other negative reactions. 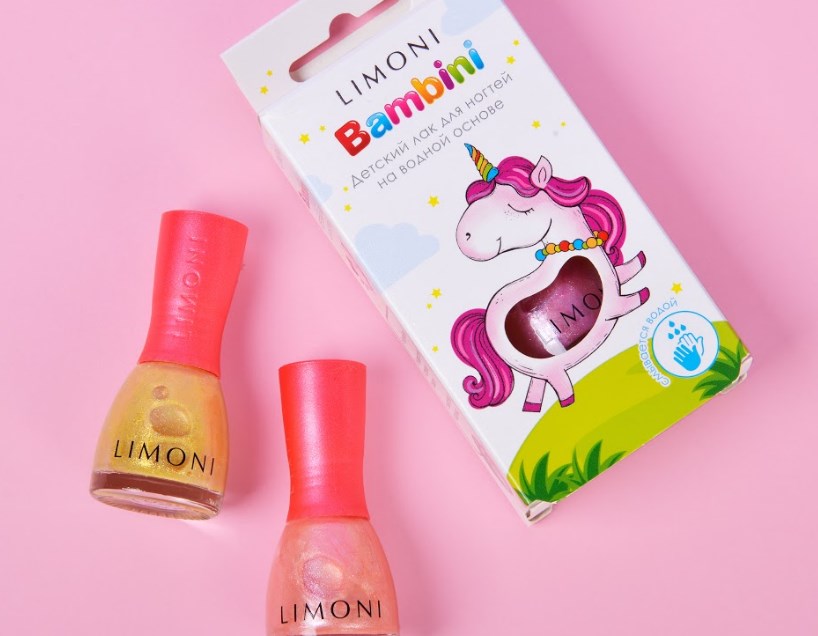 Searching for an idea: real harmlessness

In search of inspiration, we went from the opposite direction. Asking the questions "what is the most dangerous and at the same time desirable for a young make-up artist who has grasped her mother's cosmetics?" and "What kind of drug is most afraid of the mother?" we came up with the idea of creating a completely safe baby nail polish.

There are many varnishes on the children's cosmetics market that are positioned as children's ones, but their formulas are not absolutely safe, therefore they do not satisfy the needs of consumers.

This is how the original Bambini concept was born.

The production was faced with a very difficult task. As you know, the basis of nail varnishes includes substances such as acetone and aggressive dyes. In absolutely any dosage, they pose a certain danger to children, and we decided to start development by creating a new base for varnishes, including only water and a hypoallergenic cosmetic base. This led us to one big problem, which later turned into almost the main feature of the varnish. The above-mentioned problem was the instability of the resulting product and the ability to wash it off with plain water. There was no solution, the production department struggled day and night, but if the varnish must be absolutely safe, then it will not work to make it stable. There was no wish to make compromises, in the spirit of "minimum content of harmful substances", and then marketing came to the rescue.

Is it so bad that the varnish can be easily washed off with water? During development, we analyzed the behavior of children and highlighted an important feature - children do not like consistency. On the other hand, they are very fond of dirtying everything around. Thanks to this observation, we decided to leave the opportunity to easily wash off the nail polish and apply a new color, which played one of the key roles in the popularity of the line: the children got their favorite variation, and the parents did not worry about the children getting dirty when applying the nail polish.

No less attention was paid to the variety and richness of the color spectrum - 6 bright exclusive colors plus a separate development of the Nekusayka production department - a bitter colorless varnish designed to wean children from biting their nails.

The designers also faced a serious task. The packaging of the product was supposed to simultaneously emphasize belonging to the LIMONI brand, not differ in quality from the packaging of our "older" lines and arouse the interest of children. The variability of color solutions of the product prompted the idea of creating a kind of mascot for the line - a unicorn, reflecting in its design the color of the varnish in the package. Over time, it became clear that not all children easily associate content and packaging. The solution was found in turning the body of the unicorn intoa transparent window showing the color of the varnish contained.

This is how we achieved the initially set task. Children's nail polish is a popular children's product that does not have the same high-quality analogues in the mass market and has retained the core values of the company. The success of "Bambini" makes you believe in yourself, in the search for non-standard solutions and convinces that any, even the biggest problem easily turns into one of the key features of the product.